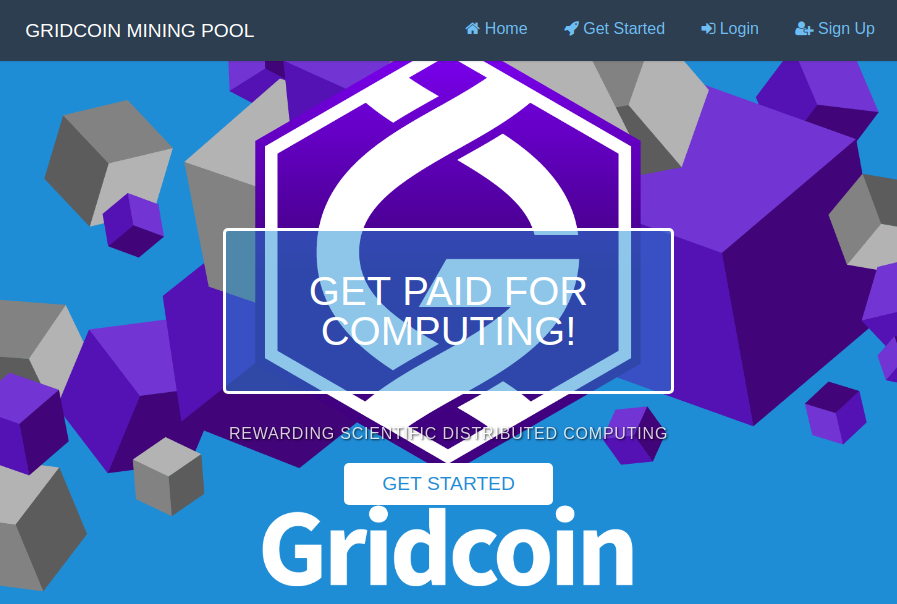 I was already a fan of the Boinc project - an open source platform for distributed scientific computing - when I've seen it first time paired with blockchain technology and cryptocurrencies.

Gridcoin is just another cryptocurrency, like Bitcoin. But what makes the difference? Gridcoin eliminates the pointless and energy wasting computations of Bitcoin. While you are mining Bitcoin or another similar (Proof of Work based) coins, you are generating meaningless hashes randomly, until you find a right one, what encrypts correctly the current transaction block.

The creators of Gridcoin asked why waste computing power and electricity when we could do useful computations instead??

So while you are "mining" Gridcoin, your computer will do useful scientific computations. Such as attempting to solve cancer/AIDS/Ebola/Malaria, modelling protein foldings, mapping the Milkyway, doing mathematical equations, etc. There are a lots of projects you can choose from.

This coin is not about the usual "getting rich" story. You get some bucks for your efforts and your computation power. But it will never cover your electricity bills.

As we can see with other cryptocurrencies, as the coin itself will be older, and the more people start mining, the solo mining will be more harder. Basically if you start to mine with a single computer, it can take years until you get your reward.

This is why the pools were created. If thousands of individual users give their computation power to the pool, it will be able to collect the mining rewards much quicker. Then the pool will divide its profit within the users equally. So you can get some amount of money daily, instead of years. :D

I had a dream about creating a mining pool since 2014, but I didn't find any project what was close to my heart enough to start it. But the Gridcoin project seemed interesting, so I began to explore the possibilities.

There were not so many. Terrible and/or insufficient Boinc and Gridcoin documentation, abandoned forums, obsolete unfinished code projects on the net. It took me a few months of work until I was able to interpret the Boinc account manager communication, the dataflow within Boinc projects and the clients, figuring out how GRC daemons get the summarized data, etc.

The project reached a stable beta testing phase with a few users, and was abandoned for various reasons :/