It's a Text based User Interface for the Gridcoin cryptocurrency's terminal wallet. The headless wallet is a command line tool, which is not so comfortable to use...

And it's brutally uncomfortable, when you try to list your latest transactions, for example. Because of my Gridcoin Pool project I have to check the wallet very often during the testing. Was the transaction happened successfully? Was all the recipients on the transaction list? Etc, etc... The graphical wallet is more user friendly, but I can't (and want to) install it on my linux server nor my Raspberry PI (1 Gb RAM)...

This is why this "little" script was written.

I thought it could be useful for other people too. So I've made it opensource, and added a multilanguage feature. After 2 days I had 2 translations (german, french) from totally strangers.

And I received my very first donation from an unknown guy... 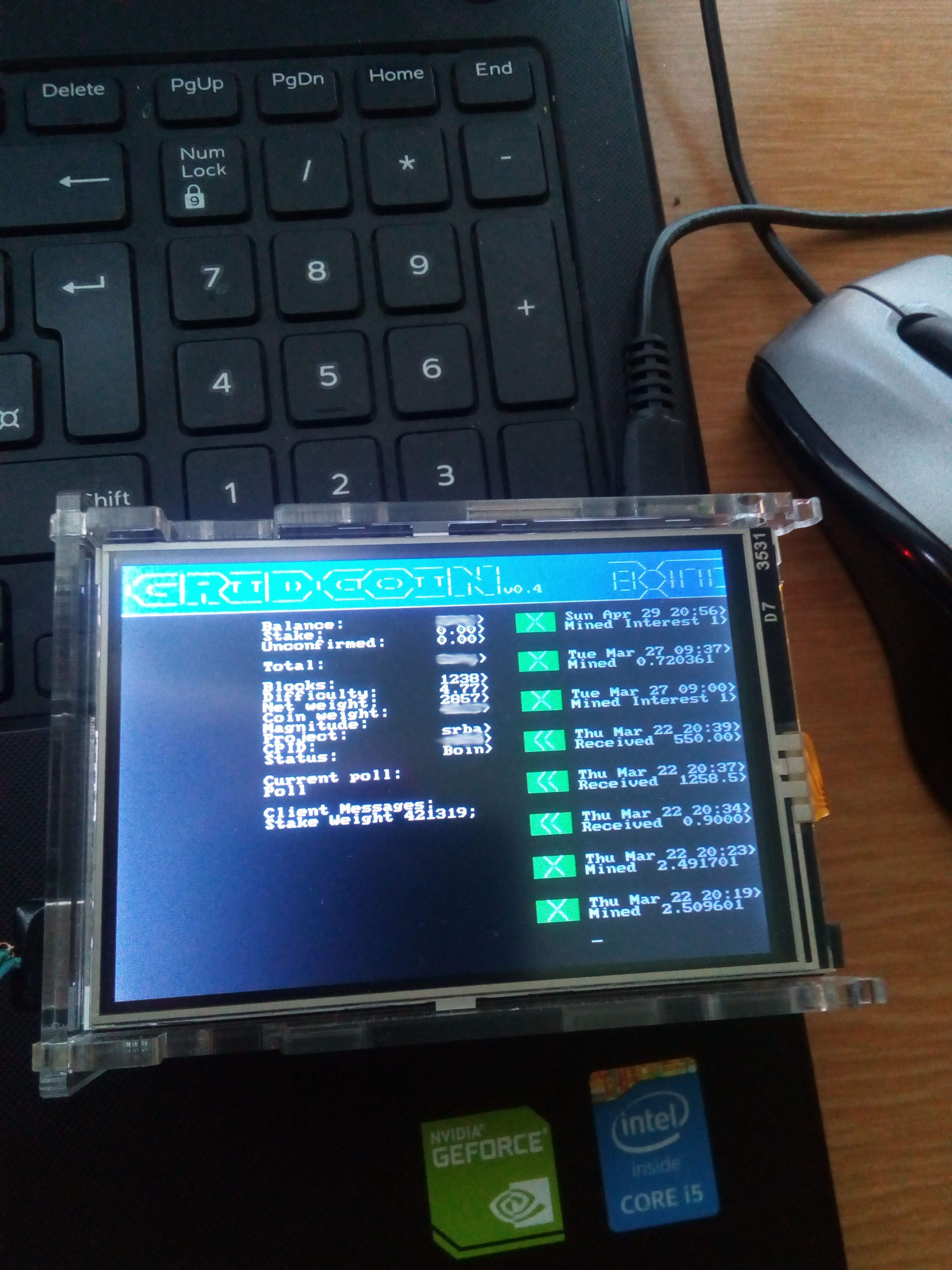 I've written about the previous versions on Steemit:

You can download the source from my Github repo